710 Labs Solvent Badder Review: For those of us that like our high's consistent?

Perfect for you first high of the day. And second, and third.

710 Labs’ Solvent Badder dabs twice as good as it looks and it looks incredible! A super extract with a consistency of a creamy whipped cake badder every with a nose to match. Loud is an understatement. Those shiny ass terps that form a glistening layer on top of the thc heavy badder add to each and every dab. A true stoner level product for sure. 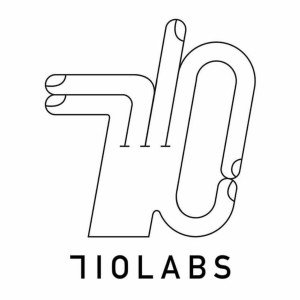 Making a statement in an otherwise crowded market can be difficult to say the least. 710 Labs Solvent Badder not only makes a statement, it shouts it from the rooftop. This shit is damn good! The problem I’ve had in the past with other badders that I liked (not 710 Labs fyi) is that they never seemed to be made the same way twice due to inconsistencies in trap operations. As a consumer, that’s fucking frustrating.

710 Labs standard operating procedures in their lab are dialed in to the point that each batch of badder comes out very close to the last. (Assuming the same strain from the strain garden is being run) After price, quality and consistency are what consumers are most concerned with. 710 Labs Solvent Badder being so consistent makes it very easy for us to get behind their product. Especially now that you can’t open/smell extracts at certain dispensaries. I see 710 Labs Solvent Badder on the menu and I already know it’s fire without even having to see it.

Subscribe to the NUGGETRY Top 10, our bi-weekly marijuana industry newsletter sharing the 10 most popular posts about Southern California products and brands. An exclusive collection of the information you need most.